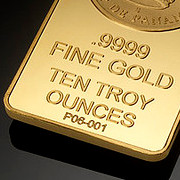 The problem is that as more and more people buy into this, there has been a subtle change. Now the industry is engaging in “marketing content” rather than “content marketing”. The result is a flood of low quality content. Ten thousand blogs, all rehashing the same information in slightly different ways. So much duplication and plagiarism that it’s impossible to tell who had an original idea, if anyone. END_OF_DOCUMENT_TOKEN_TO_BE_REPLACED

Bell Canada: You can Target. Hurray. Now use it to STFU!

You know what, Bell? That’s just freakin’ amazing! You now have the ability to target your marketing right down to the building! Let’s ignore the fact that the least competent direct marketers in the country have been able to do that for a few decades and just stick to celebrating your new-found skills, shall we? END_OF_DOCUMENT_TOKEN_TO_BE_REPLACED

Probably everyone has seen a dozen of these by now. Usually someone has discovered some amazing way to make money, or to achieve something that makes money. He or she will tell you all about it, at great length on their seemingly one page web site.

Oh and what a page it is. Make $103,736 a month plucking chickens at home. Just keep reading and we’ll tell you how. Watch our fantastic headers show up in uppercase red text. Count the exclamation points! Look at how we make everything longer with our big borders and narrow copy area.

There’s even proof: here’s images of copies of the Big Fat Earnings.

And now testimonials. Joe the Plumber used this system and now has two houses and three vacation properties. Maybe you can even hear from Joe in a video. Regular folk who look like losers made money with this fantastic technique.

Here’s a link to get started NOW. But just in case you’re not convinced, let’s repeat the whole thing, saying the same stuff in a slightly different way.

Okay, let’s repeat that again. And again. Maybe even again.

Well if you got all the way down here you MUST be convinced, so save 50% or more in this time limited offer by clicking on this *special* link! Only a fool would pass this by!

And now you’re at the end.

Ten, twenty, thirty pages of essentially empty claims all jammed into one and dressed up in a loud suit. The only option for navigation is to the order page.

You’ve just been subjected to a Toilet Paper Pitch. If you printed it out, you’d get a long roll ready for what it’s worth.

Ever notice how these things read like those old five page double-sided direct snail mail pieces you used to have to wade through fifteen years ago? That’s because they’re direct descendants. They try to get you in a box, lead you through their pitch. I think the same cabal of old men is convincing people that this is the way to go in the web world and cranking them out at some ludicrous price.

At some point this pitch style must have worked for someone, because not a week goes by that I don’t see another variation on this theme. Style over substance, or maybe bullsh*t baffles brains, I’m not sure which.

But enough already. It’s tired. It’s lame. It’s not Web 2.0, it’s Web 0.5. It’s old. It’s done. It’s boring. Build a useful site instead… unless of course your product is crap. In which case TP is definitely the way to go.

Do something else. Anything. Please.

I caught an episode of HGTV’s "Designer Superstar Challenge" last night. It’s a pretty hokey pseudo-reality show where a bunch of hopeful "designer host" candidates compete in hopes of landing a job hosting a show on HGTV. Sound like a premise for bad programming? You bet it does. You keep on thinking that the winner will wind up hosting the next challenge, and they’ll just keep on endlessly searching for a new host until they find one that’s good. It’s the perfection of cannibalistic programming, each new season consuming the previous winner.

What takes this from merely cheesy to "bad movie bad" — as in so bad it’s funny — is Home Depot’s sponsorship. More accurately, it’s the gymnastics the show goes through in an attempt to integrate Home Depot that took this episode from bad to laugh-out-loud awful.
END_OF_DOCUMENT_TOKEN_TO_BE_REPLACED

If there’s still a Google "AdSense" banner on this page, then this post is less relevant. I’ve had the banner up for a day or two on a "hey why not try it" basis. So far, all the ads have been related either to blogging, or how to make quick cash from AdSense! Talk about self-referential. If this keeps up, I’ll take it off the site (I might try moving the site to another domain just to see if there’s a change).
END_OF_DOCUMENT_TOKEN_TO_BE_REPLACED