The video below has been around for a few years. It’s a great clip. The issue I have with it is that I think it supports people who already understand the scientific process, but it fails to fully explain the distinction between the casual and scientific uses of “theory”.

There is a critical distinction between a theory and a Scientific Theory. For example, I have a theory that a significant proportion of people react to headlines without digging into the content behind that headline.

Colloquially, that’s a theory. Scientifically, it’s a Hypothesis. If I do a study to test this Hypothesis and I get data that confirms it, then it’s a Valid Hypothesis. It’s still not a Theory. [Note that if I indeed were to do such a study and publish it, it’s likely to be reported as “Study Proves People Only Read Headlines”. That headline is bullshit. Which is why just reading headlines is dangerous.]

Now if a bunch of other people also do studies and get the same result, then it’s on its way to becoming a Theory. That’s where Evolutionary Theory is now. There are hundreds of thousands of experiments that not only prove that evolution is a fact, there are millions that depend on it being a fact.

Science is Just Our Best Guess at Fact

Now it is true that sometimes science gets it wrong. Especially in life sciences. The attack on dietary fat that we’ve seen for the past 40 years or so is a prime example, but that’s starting to be corrected with new research. This is how the scientific method works. Science is still done by people, and people can get things wrong. Frequently science self-corrects fairly quickly, but sometimes it takes quite some time. When it’s wrong the contradictions eventually get exposed, and those contradictions lead to more focused research. Eventually the right answer emerges, even if it means contradicting previous conclusions. Evolutionary Theory has been around for over 150 years, and nobody has managed to invalidate it yet… and I’m sure many have tried. That’s the point the video makes well: there’s an overwhelming body of work that proves evolution is real. This proof is well beyond reasonable doubt.

So when you here the word “theory”, ask yourself which meaning the person is using. Is it “I have a theory that someone steals one of each pair of my socks” theory, or is it “Gravitational Theory says that gravitational attraction is proportional to the square of the distance between two massive bodies” theory. It’s a pretty important distinction.

What is Passion Worth?

When I ask this question, I’m not asking it in the general context of something like creating art, where an answer is truly elusive. Instead I’m asking in the context of business: what is the value of passion when looking for a business partner or hiring staff? END_OF_DOCUMENT_TOKEN_TO_BE_REPLACED 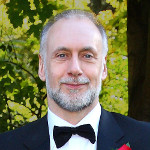 Although “It’s Fixed in the Next Release” is a mantra from software development (or rather technical support), the intent here is to apply the phrase to a broader context, for example, “It’s fixed in my next reincarnation.” This broad interpretation means that the entries here cover vastly unrelated subjects.

If you’re looking for a tightly focused blog with short, pithy entries, you are in the wrong place (although there are some). Here, blogging is about content.

I have done one thing to make things easier on non-technical readers. All of my comments that deal with specific aspects of software development are in a category that doesn’t show up in the main list. you have to select It’s a Code, Code World to see these posts.