Making the transition from thinking “hey, I can do a blog” to actually doing it is a bigger jump than one might expect. It’s much like maintaining a paper journal at a level that wouldn’t bore all but the most self-obsessed, except the potential audience isn’t a fiction anymore. Who wants to read a bunch of poorly written posts about nothing? For that matter, who wants to read well written posts about nothing?

So now the requirement to write posts that actually say something is a little daunting. The hundreds of allegedly interesting things I wanted to say have evaporated.

Apologies and rationalizations aside, there’s some content to this post. First off, I find it interesting that the “Blogger Profile” section lists a number of instant messaging networks, but Google Talk isn’t one of them. Considering blogger.com is a Google property, this is quite the oversight. Also there’s this assumption that people use just one IM network. With several cross-network products like Gaim available, and with Gaim’s lead developer now a Google employee, this is also surprising. These are good indicators that Google has grown beyond its capacity to effectively integrate all of its initiatives. It’s also a good sign that Google isn’t (or soon won’t be) a “cool” place to work anymore; organizations that have grown too fast tend to compensate by putting systems in place with the intent of ensuring that everything works as a great monolithic whole. Of course those are the very systems that stifle innovation and creativity. The best way to get a nice uniform public face is to change as little as possible. If I had shares in Google, I’d be selling them off sometime in the next year or so.

This reminds me of a much smaller company that I once did some contract work for. The company rode a wave of innovation in small telephone systems (PBXs in telecom parlance) and grew from zero to annual revenues over $100M in a few short years. But as they moved into larger systems, they stumbled pretty badly. Partially this was simply because larger projects need a different management approach, and the corporate culture was deeply opposed to that.

A large portion of the staff had been recruited from a much larger organization, tempted by the opportunity to work for a more flexible, more innovative company. Implementing the controls and checks that a large project required was just not in their conceptual plan, and they paid a great price for that. I came very close to convincing them to hire me in a role that I think every rapidly growing company should have: Executive Vice President of Everything Else (although these days it would have to be “Chief Everything Else Officer” — gag). The idea was that someone with a fair bit of authority should be mandated to go stick their nose into everything that was going on in the organization, looking for redundancies, opportunities, and innovations that might otherwise be overlooked. In the case of the telecom company, I had talked to two independent groups that each had teams of about five engineers working on two board-level components that were about 90% identical. Despite the fact that the boards were going into a standardized chassis, and that it was early in the development cycle, neither manager was willing to knock several person-years off their project by sharing the work. What they really needed was someone to come in, gather requirements, develop a specification that met the needs of both groups, and then have them coordinate development. And it needed to be driven by someone with sufficient authority that it would have taken an appeal to the company’s President to overrule them. Of course the flip side to that is the person in the VPEE role had better be pretty good at making the right decisions.

I think this is something Google needs. Rather than building systems to track all the loose ends at the cost of organizational inflexibility, charge a few really bright people with finding the points where things can work better, and then give them the power to make it happen.

Another interesting blogger quirk is that if you want to provide a profile picture, you need to provide an external URL, yet you can add images to posts. There’s a simple solution to this little contradiction: 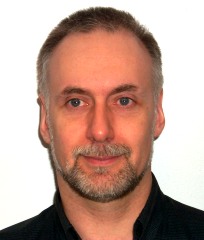