We’ve made several garden boxes for a variety of applications, basic ones for vegetables, long, low ones for raspberries, and a large square version that’s in the process of being converted into a square foot system.

The boxes are built out of construction grade Spruce, assembled with deck screws, and lined with construction grade plastic bags to reduce the decomposition of the container. We could have spent a lot more and used cedar. Then the boxes would have lasted longer and we could have avoided the plastic. But it’s likely that the soil will get depleted long before the Spruce loses structural integrity, and the screw-based construction means we can easily replace a board that decided to fail prematurely. So spending more money just didn’t make sense. 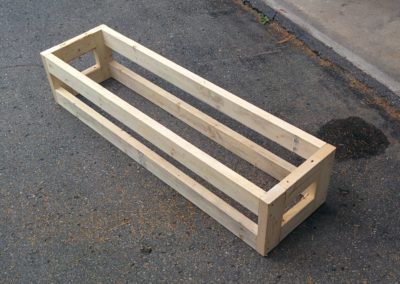 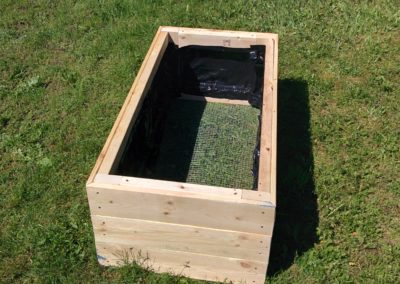 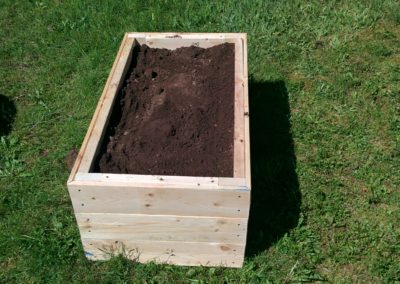 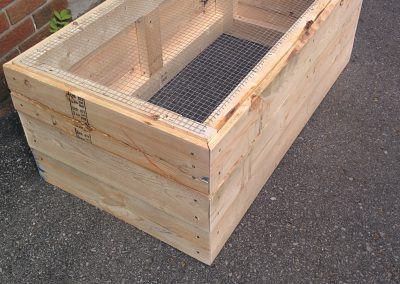 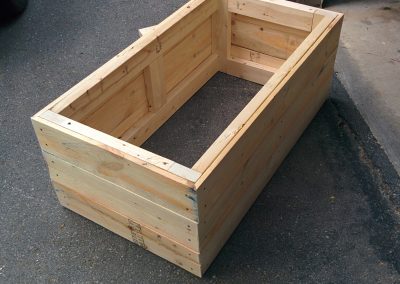 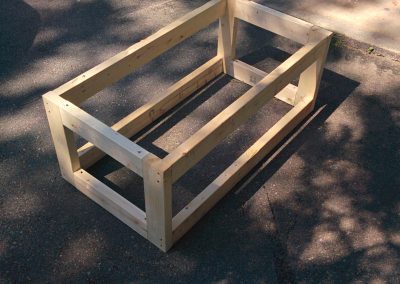